Welcome cycling lovers to our website where you can find whatever you want and need to know about the cycling world. This site is primarily 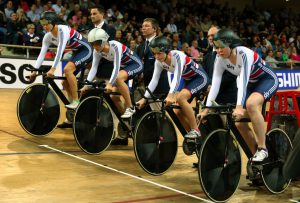 made because of cycling fans who appreciate or practice this sport themselves. This is the great source of your cycling news and information which you are unable to find anywhere else. Therefore, we certainly hope that you will enjoy on our tour of the site.

Here you can find all information about Union Cycliste International or UCI which is the central governing organization of this sport, as well as about the Track Cycling World Cup and Track Cycling World Championships which are under UCI organization. Besides, you will also quickly find the information on the history of these competitions as well as news on the current competitions and events in the cycling world. Furthermore, this site will be your source for all upcoming cycling events in a year in front of us.

Our aim is to offer you something that will make you visit our site on a regular basis, and there is nothing better to offer than plenty of necessary and exciting information on cycling. Once again, we hope you will like what we have to offer and come back often.

The initial round of the UCI Track Cycling World Cup Classics which was the name of the competition then was held in Copenhagen, Denmark in May 1993. Until the 2004/ 2005 season, the series was held over a track cycling season between February and June of each year. After that, the track cycling season was changed to last between October and February. It is also important to mention that the number of rounds within each series has varied, and it is generally between three and six rounds.
The name of the competition as we know today was adopted from the 2011/2012 series.

First World Championships were first held in 1893, in Chicago and they were for amateurs. Two years later, in 1895 in Cologne, the first separate professional races took place. Both amateurs and professionals participated in separate events until 1993, when they are rejoined to race together in “open” races. The UCI Track Cycling World Championships are open to all riders that have been selected by their national cycling associations.

While the winners of ICA championships received a gold medal, the UCI awards the best riders with a gold medal and a rainbow jersey which is a symbol of his success. In addition, silver and bronze medals are awarded for the riders who made the second best and the third best results. A world champion wears rainbow jersey until the following year’s championship in the type of event in which they won it. Also, a former champion can wear rainbow cuffs to their everyday jerseys as a reminder that he was champion once.

As we already mentioned, these championships are allocated to different countries each year and are mostly run by the national cycling association of those countries. However, the judges are provided by the UCI.

Both competitions over the years changed many locations and made great success in those countries, making the cycling one of the most popular sports in the world.

2017 will bring the final two rounds of UCI Track Cycling World Cup in Cali, Colombia, from 17th to 19th February 2017, and Los Angeles, the USA, on 25th and 26th February 2017. The UCI International Track Cycling Calendar for 2016/2017 also includes the 2017 UCI Track Cycling World Championships, which is going to take place in Hong Kong, China, from 12th to 16th April 2017.
Let´s hope we will all enjoy the rest of the season as well as the events that expect us in the seasons to come.
You can also enjoy playing at the top online casinos while waiting for all the championships. That will bring you some more fun and excitement.